Well Juanita and I had a classy evening. Classy clothes were put on, to which we took a classy subway to the classy tour place. Some of it was classier than others – but the Parisian subway was very clean compared to NewA�York’s. The evening was structured as so – We would board a bus to take us to the river, where we would board a barge ship that was converted into a classy restaurant. We would enjoy a three course meal as we cruised both up and down the river, getting views of the Eiffel Tower and the Sister statue to the Statue of Liberty. We would then re-board the bus, and be taken to the Eiffel tower to watch the sun go down (with express passes to go up the elevator, no waiting for 2/3 hours) and FINALLY, we would be taken to the Moulin Rouge, for a 3+ hour show with no intermission and champagne. Hell of a night we were in for.

Click ‘Continue Reading’ for images and a recap oh the nights events, including just how many breasts I saw at the Moulin Rouge.

Dinner cruise was very upper class, small portions and plates that looked more like Art than food. The Eiffel tower was quite a sight when night fell, with all manner of lights illuminating it, and more flashy lights on the hour.

The Moulin Rouge however, was something else entirely. I don’t bring you much in the way of photos because of course they have a no cameras policy, going so far as to ask all patrons to cloak in their cameras before entering theA�theater, and if caught taking photos they are on you like a hawk. We were lucky enough to meet another Australian couple during our classy tour, and as we were escorted to our seats, they were nice enough to inform the people running the place that the seats were, in not so many words – crap. And I don’t mean a snobbish “We want better!” response – I mean these seats were basically crammed into the walkspace people would use to exit their table and go to the toilet, so the chance of us staying seated for the entire show, uninterrupted, was positively nil. So we were upgraded,A�independentA�of our group, to a higher set of seats, at their own table – leaving our tour group crammed in their little side area.

SO we cracked the bubbly, and the show began. Now I want to make sure I get this out of the way first – I was not aware the Moulin Rouge still did topless shows. I wasn’t aware of this until shortly before we boarded the bus to go to the Moulin Rouge, when Juanita told me. I assumed that the topless shows where something they did way-back-when, in the days of a more risque Paris. So basically, the way toA�summariseA�the Moulin Rouge show is ‘Spectacle, Comedy and Breasts.’ These are the three things you will be in plentiful supply of. Women entering to the clatter of beads, in all manner of unbelievable outfits festooned with sequins and feathers, singing, dancing – a stage that literally transforms in its’ entirety to suit the stage show, with folding stairs and moving backdrops seemingly appearing from nothing. The show follows no concrete storyline, merely broken up into micro-stories that are merely used to provide excuse to use props and costumes, one minute you are in some neon toy shop with dancing tin soldiers, then suddenly you are in some form of Aztec temple witnessing a Medusa queen kidnap a princess. Then suddenly you are in Paris, circa 1800. Their are also smaller variety acts, including the most impressive juggling display I have ever seen, and a pair of acrobats that use each other as props to launch into flips and the like. I wont go into explicit detail (it is quite hard to) but I will recount on perhaps the most amazing part of the show I saw.

The set displayed some manner of throne room, with a woman wearing a Medusa style headpiece of snakes, dancing with her harem of girls in massive gold head dresses. As she sang and writhed, the front of the stage started to open – like a massive hanger door. As it opened, I saw water below it, and assumed some form of minor water show accompanying the dancing. However even as it reached a point I assumed the floor had opened enough, it continued, until it was a gaping maw, truly massive. The container of water, then started to rise – lifted by some form of hydraulic lift. As it rose out of the floor – we could now see, the water contained SNAKES. Giant constrictors – not props, but proper living snakes, swimming in the water – and trying to escape. As it kept rising, higher and higher (it was a HUGE tank) a woman from a previous scene emerged, and set herself in front of the tank as it continued to rise. Soon the tank was fully deployed – huge, and DEEP with water – and then, she plunged. Into the water, with the snakes, and started to swim and writhe inside, under the water, wrapping snakes around herself, and on occasion grabbing one that may have made it’s way half way out of the tank, and sneakily bringing it back in as part of her dance routine.

As the number finished, she struck a final pose with her slithering companion, and the tank lowered back into the floor, while my jaw still sat agape. Easily one of the most unbelievable things I have seen in my life.

So, in short? If for some reason your wife is willing to let you watch topless women perform a show, go to the Moulin Rouge. An incredibly tasteful spectacle that will leave you gaping like an idiots, and not just because BOOBIES (though there are a lot of them.) 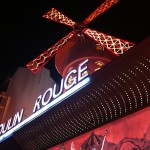 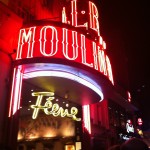 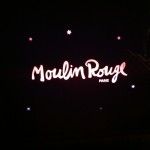 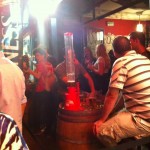 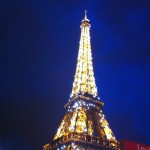 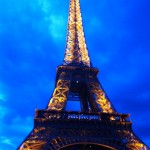 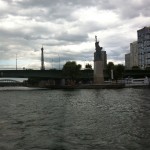 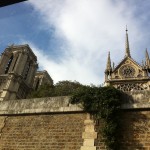 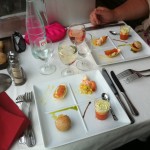 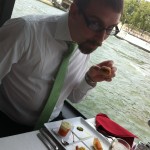 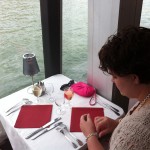 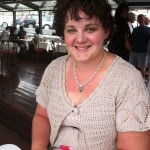 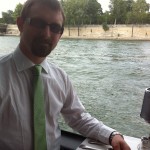 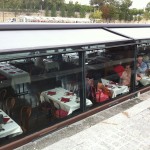 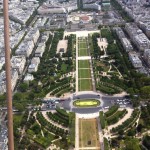